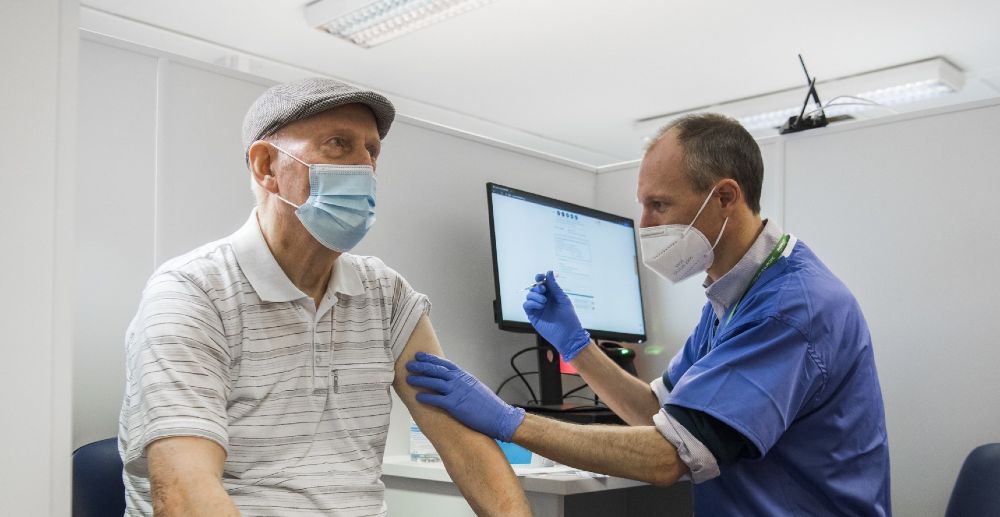 Keep up to date

Check which councillor covers your area and view their surgery times

The Mayor of Hackney

In the Houses of Parliament this afternoon, Her Majesty the Queen delivered the Queen’s Speech, outlining the new Government’s agenda for the next parliamentary session. The speech contained 30 bills – pieces of proposed legislation – on topics including planning, policing, skills and further education, the environment and adult social care.Philip Glanville, Mayor of Hackney, responds to the speech.Planning and housingHouse prices in Hackney have risen by over 71% over the past five years and are among the highest in the country, while there are more than 3,000 homeless families living in temporary accommodation. It is essential that genuinely affordable social rent and intermediate housing are prioritised for delivery in the borough. Permitted Development Rights – which give automatic permission to convert some types of buildings into housing – have not delivered any genuinely affordable or social housing.The Council has previously responded to Government consultations on the future of the planning system in England and has submitted evidence to inquiries on this as well as on Permitted Development Rights. Its responses have urged the government to support the current role of local authorities in developing their own Local Plans that are based on clear and strong evidence supported by meaningful engagement with local communities and stakeholders. This results in high-quality development that meets the needs of residents and ensures a mixed tenure supply of new homes, and balanced and considered interventions for the development of neighbourhoods and town centres. The Council will continue to make this case The Council’s #BetterRenting campaign has long called for a fairer deal for those in Hackney’s 32,000 privately rented properties – including the abolition of ‘Section 21’ no-fault evictions, reform to the deposit system and a national database of rogue landlords. The Renters’ Reform Bill, which has been repeatedly delayed, should be brought forward as soon as possible following the Government’s White Paper in the autumn.Skills and post-16 educationSince 2017, over 150 Hackney residents and school leavers have started apprenticeships with Hackney Council. Currently, over 100 apprentices are directly employed by the Council, with an additional 125 members of existing staff studying level-funded qualifications, and a further 32 apprentices at schools. All Council apprentices earn at least the London Living Wage (£10.85 per hour). Hackney Council was named the Top Public Sector Employer at the School Leaver Awards 2018 and 2019, and Large Employer of the Year for London at the National Apprenticeship Awards 2019. Visit the Apprenticeship Programme Website to learn more, or hear from apprentices in their own words on the Apprenticeship Blog. Previously the Council has written to the Government calling for greater flexibility in the apprenticeship levy in order to boost the number of apprenticeships the Council can deliver and encourage more businesses to take on apprentices as well. It is concerning that since the introduction of the Government’s apprenticeship levy, there has been a 30% decline in the number of people starting apprenticeships across London.The Council is using opportunities such as the Kickstart Scheme to fund at least 150 local work placements for Hackney’s young people across council services and local employers, through the Council’s in-house Employment & Skills Team. All of this has been achieved against a national backdrop of a £1billion funding gap in further education since 2010.EnvironmentThe Council has previously submitted evidence to Parliament, calling for the Environment Bill to include measures to make sure big corporate producers and brands that sell or produce goods in plastic packaging pick up the bill for the waste they cause, as well as devolution of powers and resources to tackle the climate emergency. The Council is committed to reaching net zero emissions by 2040 and has set out some of the most robust action of any local authority in the country to do this. Over the last year, the Council’s Rebuilding a Greener Hackney programme has demonstrated the positive environmental impact local authorities can have, working directly with local people.The Council will continue to call for further devolution in the run-up to the UN Climate Change Conference COP26 in November.Economic recovery after Covid-19Hackney is well known for its thriving and dynamic creative, technology, arts and cultural sectors and for its retail, service, leisure and hospitality sectors. The borough is home to a significant and thriving small and medium sized business community, it is home to Tech City and a place where businesses start up, scale up and trade alongside and with established large international companies. In 2018, there were 21,000 businesses in Hackney, of which around 19,000 were classed as micro businesses with less than 10 members of staff.It is also estimated that around 25,000 Hackney residents are self-employed - equivalent to 1 in 6 Hackney workers. The Council recognises that self-employed workers are particularly vulnerable to the economic impact of Covid-19, as they are not currently eligible for Statutory Sick Pay and their businesses are likely to lose trade.It is very clear that Hackney’s local businesses are struggling at this time and a COVID-19 Business Survey (conducted in April 2020) of over 200 businesses found that in Hackney:95 % of businesses reported that their business had lost income,25% of businesses reported that staff were self isolating and unable to work,15% of businesses reported that they had either made staff redundant or cut staff hours,7.5% of businesses reported that they had staff were scared to work because of infection risk,4% of businesses reported that they had furloughed staff.The Council has submitted evidence to government inquiries on the impact of Covid-19 on the Charity Sector, businesses and workers, and the Culture Sector. As of March 2021, the Council had approved £175million in grants and reliefs for businesses in Hackney.

Foster Care Fortnight (10-23 May) celebrates the remarkable work of everyone involved in foster care across the country. If you are interested in fostering with Hackney visit hackney.gov.uk/fostering or call the team on 020 8356 5985.

The Council and local health partners are encouraging Hackney residents to take 5 simple steps every day this week to improve their mental health and wellbeing, during Mental Health Awareness Week (10 May- 16 May). This year's theme is nature. Studies have shown that getting out in nature can improve our mood, reduce stress, and help our concentration. As the weather gets warmer and COVID-19 restrictions lift, we’re going to have the opportunity to see friends and family that we’ve dearly missed, enjoy leisure activities again and explore places further away from home. MIND is organizing a walk this week in Hackney to celebrate mental health and nature, sign up for the Tuesday walk here. Or download a self-guided Hackney walk for your local area. The council is also promoting the ‘Five Ways to Wellbeing’ everyday this week on its social media channels- five steps may make people feel happier, more positive and able to get the most from life. The five things that can help to boost mental wellbeing are: connecting, being active; taking notice, to keep learning and to give back.Connect – With people at home, at work, school or in your local community. Building connections will support you.Be Active – Go for a walk, cycle or garden, find a physical activity you enjoy and that suits you and your level of fitness.Take Notice – Be curious of what is taking place around you, take time to remember the little things that make you happy.Keep Learning – Try new things like signing up for a cooking course or a new exercise class. Learning new things can increase your confidence.Give– Volunteer or join a community group. Volunteering can be very rewarding, boosts your mood and can increase wellbeing.For more information about the five ways to wellbeing go to the 5 to Thrive website.There are also resources on the NHS website through the Every Mind Matters campaign, including a quiz to help people develop a mental health action plan: https://www.nhs.uk/every-mind-matters/mental-wellbeing-tips/your-mind-plan-quiz/There is also a COVID-19 mental health hub: https://www.nhs.uk/every-mind-matters/coronavirus/Follow the Council on Twitter, Facebook and Instagram.

Message from Mayor of Hackney following man's death in Dalston

Mayor of Hackney, Philip Glanville, said: “A man has tragically died after being found with serious injuries in Gillett Square, Dalston, in the early hours of this morning. “There have currently been no arrests and police officers are working to establish the exact nature of the man’s injuries.“I would like to extend my deepest sympathies to the family and friends of the victim, who is believed to be in his 30s.“I would also like to reassure residents that there will be a significant police presence across Hackney while officers work to establish the nature of the incident. "Hackney Council remains committed to working with our partners, and the community, to tackle serious violence and underlying issues in Gillett Square.“Anyone with information, or any witnesses, are urged to call: 101, reference ‘CAD 412/08may’.”

Microgrants between £500 - £1000 are available to community groups with great ideas to help celebrate, commemorate and educate Hackney on the valuable contributions of the Windrush generation. Events or activities may be selected as part of the borough’s award-winning Windrush Generations Festival in June 2021, or as part of the Council’s ongoing work to honour the community. Funds are available to local community groups and not-for-profit organisations involved in history, music, performance, filmmaking, writing, poetry or artists who wish to bring creative Windrush-themed ideas to life and are open for everyone to enjoy. They could be hosted online or in-person provided covid-secure measures are met, and restrictions are lifted. Projects can take place between National Windrush Day 2021 on June 22 and 31 December 2021, and are invited to cover one of the following themes.Virtual arts and cultural events and online exhibitionsDigital skills training in the communityArchiving and production of historical collections, audio recordings and filmsLiterature and writing workshops Sports and leisure activitiesHealth, food and wellbeing Intergenerational projects that connect diverse communitiesSuccessful applicants will feature on the major new ‘Hackney Windrush’ website as part of Hackney’s Windrush Art Commission in partnership with Create London supported by Freelands Foundation. The site will launch on National Windrush Day and feature information on the forthcoming artworks that will see Hackney become home to the UK’s first public, permanent expression of honour to the Windrush Generation. Apply now via the online form by 1 June 2021.Notes for editors Apply for a Hackney Windrush Microgrant by 1 June 2021 by filling out the online form at bit.ly/WRGrant21Read more about the Council’s commitments to the Windrush Generation. Read more about the Windrush Artwork Commission due in October 2021 and June 2022.