Vaccination and testing information and other help and support

You may have noticed that the name of Cassland Road Gardens was taken down in December 2020 and replaced with a welcome sign. This was the first action taken by the Review, Rename, Reclaim project.

649 people (77.5% Hackney residents) participated in the consultation to rename the gardens. The new name will be officially adopted at the full council meeting on 21 July 2021.

Review, Rename, Reclaim is a collaboration between the Council, community leaders, cultural experts, historians, teachers and young people that share one thing in common; a passion to make Hackney’s public spaces more representative of the communities that live here.

In June 2020, the Council launched a naming review to listen to the views of residents, partners and others about how to tackle the issue of public spaces named after people who profited from the transatlantic trafficking of enslaved Africans.

The naming review complements the Council’s Black Lives Matter motion and builds upon a long history of fighting racism in the borough. Read Mayor Philip Glanville’s statement on the structural racism faced by black communities.

The Review, Rename, Reclaim project gives us an opportunity to reassess the names of the spaces where we live, learn, work and play to ensure they appropriately reflect the diversity of our residents and inclusive, anti-racist values that we can all be proud of.

The memorialisation of those that profited in the trafficking or ownership of enslaved African people in our public spaces does not make sense in an anti-racist borough.

Using an open, inclusive and democratic approach, we will rename our public spaces with names we can be proud of for years to come. We will increase access to the local history that is relevant to our local communities through a collaborative renaming process – inviting residents’ contributions every step of the way.

The Review, Rename and Reclaim process involves close engagement and consultation with residents and businesses situated on roads and spaces identified by the review.

The Council will work collaboratively with the community steering group. Through regular meetings their collective expertise will be shared to shape recommendations for the naming review.

Together we will identify the names and symbols that represent contested histories of the transatlantic trade (trafficking) of enslaved Africans, ownership of enslaved people, and the inequities of British colonialism.

Alternative names will be crowdsourced with residents to ensure new names are representative of African and African-Caribbean heritage, are locally relevant and chosen through a final public vote.

They have a dual role in advising the Council on how to make inclusive decisions on issues raised within the naming review, and to contribute recommendations for new names of public sites deemed incompatible with Hackney’s contemporary values.

We will work closely with residents and businesses living and active on roads identified by the review. Contact will be made to those directly affected by any name changes to allow for participation.

The contested figures are memorialised across our streets and buildings in the following locations: 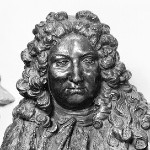 The wealth generated from the inhumane activities of the Royal African Company enabled Cass to leave a significant legacy in the City and East London, having no children of his own.

It is not surprising that as the barbaric truth behind the source of Cass’ wealth becomes more widely understood, that the institutions that still benefit from this wealth are removing his name from their titles.

Cassland Road Gardens will no longer celebrate a symbol of brutal enslavement. This reclaiming and renaming is a powerful gesture of unity and anti-racism compatible with Hackney’s values today.

Read more about what the Mayor of Hackney and a member of our Community Steering Group have to say about the renaming of Cassland Road Gardens. 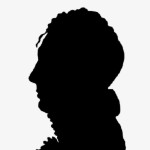 Francis Tyssen was a Dutch merchant that settled in London in the 1640s. He owned a plantation in Antigua, although he lived in London.

In 1694 Tyssen was implicated in a national scandal in his attempt, with others, to bribe MPs and notable figures. In his will Francis Tyssen left two, five pound pieces of Guinea gold, from West Africa, to his wife.

His British and Dutch land and Antiguan plantation (including enslaved Africans) were inherited by his sons.  Tyssen (The elder) had purchased the three manors of Hackney, with his son taking the title ‘Lord of the Manor’. This made the Tyssen family the largest landowner in the area. This family’s land assets in Hackney lasted until the 1990s.

The title of ‘Lord of the Mayor’ remains active and is currently held by the 5th Baron Amherst of Hackney. 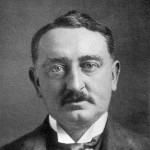 The Rhodes name is strongly linked to the injustices of colonialism due to the actions of Cecil John Rhodes whose will provides evidence of his direct connection to land in Dalston.

He believed that ‘Anglo-Saxon’ people were ‘the first race in the world’, and were superior to people of African heritage.

Rhodes actively encouraged the sometimes violent displacement of African people from their own land to ‘stimulate them to labour’. He exploited the natural mineral wealth of southern Africa to benefit Britain, rather than Africa or Africans, becoming very rich himself.

Rhodes influential positions in Africa helped create systems that privileged European settlers over indigenous Africans, laying the foundations for Apartheid – a system of racial segregation that favoured the white citizens of southern Africa. The negative effects of this period in history are still present socially and economically in southern Africa today. 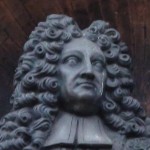 By his will, 14 almshouses were built to support retired ironmongers (or their widows). Constructed in 1715 in Shoreditch, now in the London Borough of Hackney.

The almshouses, a grade I listed building, now houses The Museum Of The Home (formerly known as the Geffrye Museum).

Historian William Pettigrew has stated The Royal African Company “shipped more enslaved African women, men and children to the Americas than any other single institution during the entire period of the transatlantic slave trade”, and that investors in the company were fully aware of its activities and intended to profit from this exploitation.

Learning, engagement and how to get involved

Whilst we can’t change the past, nor want to rewrite history, we do want to better understand and help others to recognise how the past can remain present in our contemporary lives.

This project provides opportunities to promote public history learning as well as support a more representative and relevant heritage in Hackney that we can be united in celebrating.

There are many ways to learn about history, from online resources to visiting your local library or attending a local history talk or walk.

Hackney Museum’s permanent displays tell the stories of some of the amazing people that have made their homes here over the last 1,000 years. From Anglo-Saxon settlers to recent refugees.

Its temporary exhibitions are developed with local people to encourage under-represented voices to share their own experiences and memories.

Hackney Archives is where historic information about the borough is kept. Records and books held in the archives tell us about the activities of people, organisations, protests and campaigns in Hackney.

They are preserved so people are able to ask questions about the past and engage in research on a wide range of topics.

The Archives staff can help you access these exciting collections if you are interested in learning more about Hackney’s history.

The Hackney Naming Hub was launched in December 2020 to support renaming opportunities that arise from this project and to help address under-representation in the public realm.

The Naming Hub is a web-based map where you can add names of people, events and organisations that are of value to you and your community, and who you would like to see recognised in our shared streets, spaces and buildings.

Whilst the Review, Rename, Reclaim project is responding to the removal of names that represent those that benefited from the enslavement of Africans and the inequities of colonialism, we will be prioritising African and African-Caribbean names and heritage as a reparative act. With the aim that any alternative names should have a Hackney connection.

However, beyond this, we recognise that Hackney’s streets and shared spaces fail to represent the diversity of people and communities that live in our borough.

Therefore we welcome stories that represent the histories of all communities, including migrant communities, women, LGBTQIA+ communities and people with disabilities.

The stories you contribute will help us to have a more relevant and representative heritage that is better understood, shared and valued.

Get involved - make a suggestion to the Naming Hub

We are still keen to share and celebrate the stories and achievements of your living heroes, so feel free to share them (with their permission) on the interactive map.

Submit your stories and ideas

You can also email your suggestion or query to naminghub@hackney.gov.uk or leave a voice message on 020 8356 4501. 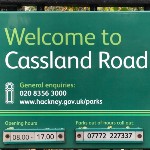 Cassland Road Gardens will be renamed by local residents as one of the first actions from the Council’s Review, Rename, Reclaim project. This consultation took place between February and April 2021.

The new name is expected to be approved by Full Council 21 July 2021 to be Kit Crowley Gardens.

A long list of locally relevant names that represented African and African-Caribbean heritage in the local area was researched, based on suggestions by residents and heritage team. This list was whittled down to four by the Community Steering Group, local councillors. Participants of the consultation voted for their preferred name.

649 people participated in the consultation, 77.5% of which were Hackney residents. 2000 paper surveys including a history leaflet on Cass were distributed to local homes, with an online survey and virtual engagement events (due to covid restrictions).

Renaming nearby roads, also named after Sir John Cass, was not part of this first action. 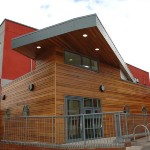 The symbol of Tyssen was identified as contentious following the audit of our borough-wide Review, Rename and Reclaim programme.

Tyssen Community School and Children Centre decided to change the name of their school and started a process of engagement in 2020. The school engaged pupils, staff and parents to identify and agree a new name.

In March 2021, the new name was agreed, Oldhill School and Children’s Centre. The school will start the 2021/22 academic year with its new name, logo and uniforms.

The consultation into the changing of street names where Tyssen is present is still to be scheduled into the project plan, as we continue to listen to and engage with residents.

The Council supported the museum to deliver a consultation with local residents in June 2020. The outcome of this was an overwhelming support to see the statue removed.

Despite this on 29 July 2020 the Museum’s board of Trustees announced its decision to retain the statue. Read Mayor of Hackney Philip Glanville’s response to this decision.

The Museum of the home is managed by an independent charity and supported by the Department of Culture, Media and Sport. Hackney Council has no power in the governance of this museum.